This morning, Mom and I (along with a few of her co-workers) did the 2010 Start! Midlands Heart Walk (don’t ask me why it’s called that).  I thought beforehand and even up until 30 minutes ago that it was only 2.2 miles, but it turns out it was 3.3 miles – woohoo! 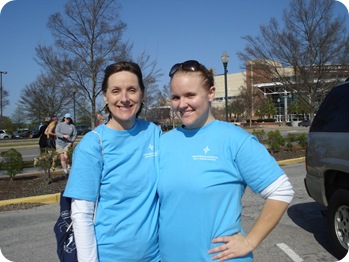 And right now, my hips are paying for it – whatever muscle or tendon that lies right in front of your thigh over your hip sockets is pissed at me on both sides.  I sat in pigeon pose awhile this afternoon trying to open my hips up and stretch them out, but they’re going to be tight for awhile, I can tell.

Don’t you like our nifty matching shirts?  Even Annie, the hospital’s therapy dog, had one! 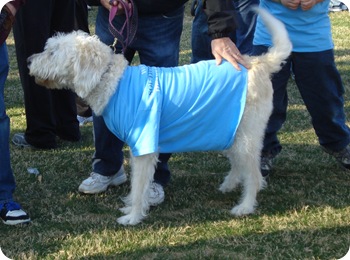 The walk went off without much of a hitch; we spent the first mile or so bobbing and weaving through the crowds, but we decided to slack behind our group on the Gervais St. Bridge – it was kinda scary jumping a foot or two away from oncoming traffic to keep up. 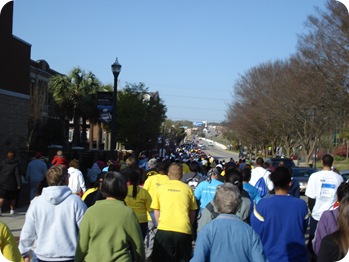 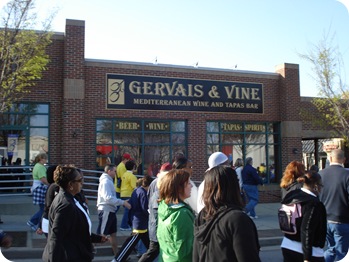 I said “much of a hitch” because as we rounded the corner to the finish line, we got stopped by a train. 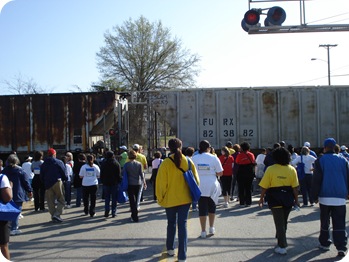 A train had stopped right in the middle of the road that led us to the finish, and as we were slowly walking up to it, it started moving, so we opted to not try to find a way around it.  The catch is, a train starting to move from a dead stop takes a long-ass time, especially if that train has lots of cars on it.  Apparently this happened last year, too, but I don’t remember it.  You’d think they’d reroute the walk or change the time or something!

After the walk, we went over to the Botanical Garden at Riverbanks Zoo for their Springtime in the Garden Festival; they had a lot of different vendors and experts, but I was more interested in the flowers (plus, my shoes gave me wicked blisters and I was whiny because of my hips, so I didn’t do too much running around, though I did get some herbs!). 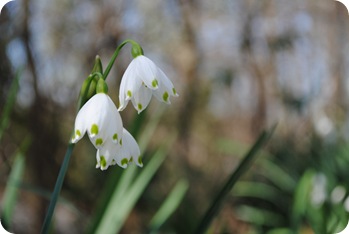 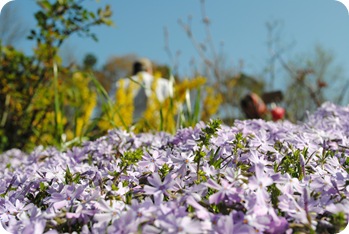 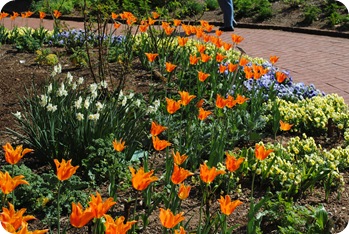 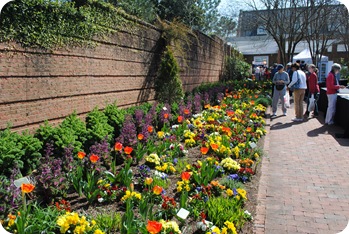 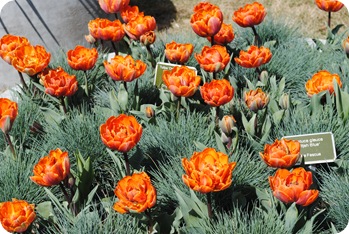 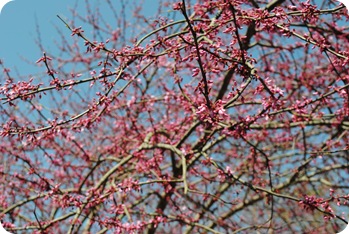 My alma mater has an extension office at the zoo, and they were on hand to answer questions about all things horticultural…and hand out lollipops. 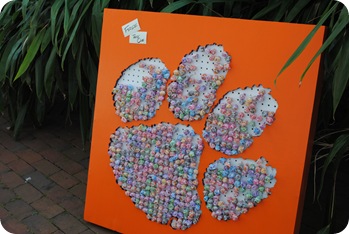 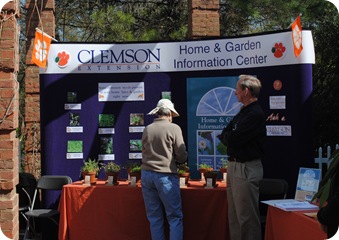 For lunch, we went to a local Greek restaurant, Zorba’s, where I got chicken with salad (I didn’t eat the rice). 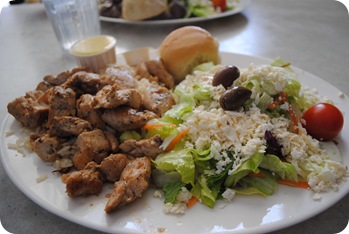 For dinner tonight, I made one of my pork roll-up creations; inside was brie, spinach, and this Peach Chutney from Four Oaks Farm, just down the road a piece. 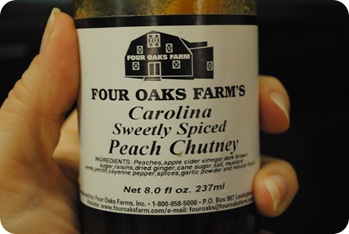 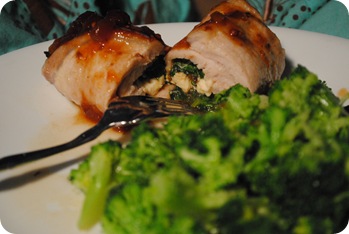 Of course I had a giant wad of broccoli to round it all out.

Do you have a recipe like this pork roll-up one of mine that you can tweak with different substitutions?  I’ve tried a few different fillings but the possibilities seem endless!