Wow, have I really not blogged in 4 days?  Not cool, man!  I’m currently sitting at our family’s lakehouse, enjoying the change of scenery and some peace and quiet. Yesterday I drove up and was met by my dear friend from grad school, Layla, who has been teaching English in Japan for the past year.  We needed a night to catch up, relax, and have some good old fashioned girl talk! 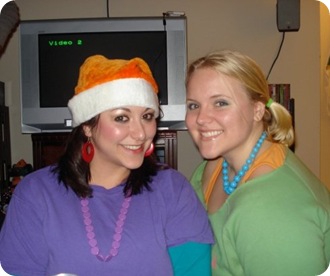 We’ve lost a combined total of over 100 pounds since this photo was taken a few years ago!  (Incidentally, we’re dressed that way on purpose.  We were in a beer pong tournament and our two-woman team was called The Eyesores.  Be jealous.  Or don’t be.  We didn’t win the tourney.)  I can’t believe I forgot to get a picture of the both of us here at the lakehoues…we need to get one soon, hopefully before she moves away again!

We spent some time on the porch in the swings, drinking wine and talking about dudes.  That’s what us chicks are supposed to do when we’re up to no good, right? 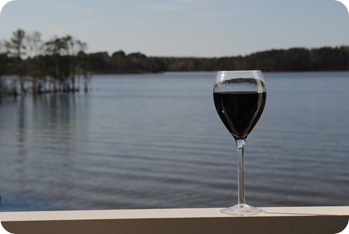 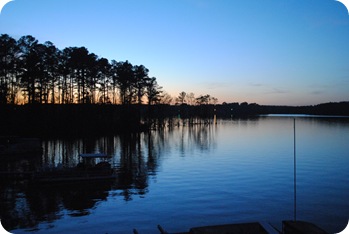 …and we headed inside to watch The Hangover and I Love You, Man while I made dinner – this salmon recipe again.  This is one of my favorite dishes lately! 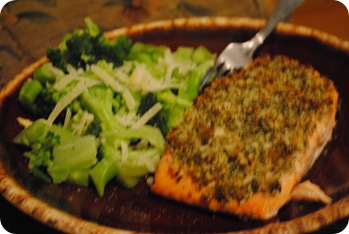 (pardon the blurry picture due in part to low light and part to the wine)  We rounded out the meal with a skinny slice of un-skinny cheesecake.  So amazing, so clichéd. 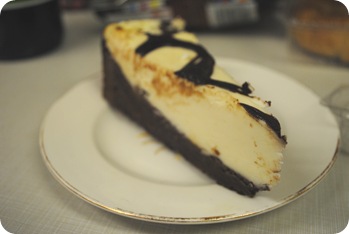 We only stayed up till midnightish and woke up at a surprisingly normal time of 8am – headache-free!  It pays to be mature and pound water after pounding wine!  We had every intention of strapping on our running shoes and doing a lap or two around the block (I just started C25K again, and Layla just completed the Cooper River Bridge Run!), but instead we spent the entire morning out on the porch again, just with a different beverage this time. 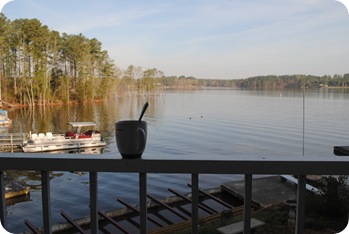 Progress is definitely being made on Operation Fix the Deck!

We had a long conversation this morning about our respective weight loss efforts and how we’ve been plateauing lately (yes, after wine and cheesecake, we tried to keep a straight face while having this conversation).  We juggled different theories like “I’m bored with eating sensibly” and “I’ve come so far, I deserve a break,” and it was nice to actually sit and verbalize these things instead of typing them out.  It really makes a difference to have an engaging dialogue every now and then as opposed to a one-sided blog entry or a textual repartee limited to 140 characters at a time.  At the risk of sounding like a broken record, it was refreshing and inspiring to talk to Layla about my struggles lately and hear what she’s been dealing with, too.  Maybe this will serve as a kick in the pants to keep working hard and stop slacking off?  Time will tell, I suppose.

What’s your ultimate girls’ (or guys’) night?  What are some of your favorite things to do with your gal pals?  We brought tons of movies and even the Wii Fit, but mostly we sat around talking…it was so nice!

PS – I’ve written my first post for a blog collaboration called Hollaback Health.  It’s just a reframing/referencing of my Men and Chocolate post, but I hope to write some more thought-provoking stuff there in the near future.  It’s an awesome group of women that I’m proud to be a part of, so please check it out!