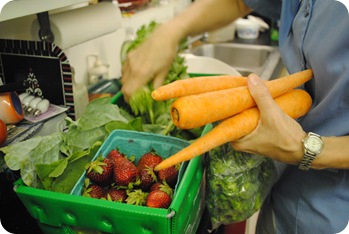 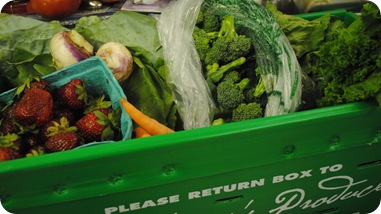 Wondering what to do with the beets…I might try the “beet cleanse” Angela did on The Office last night. 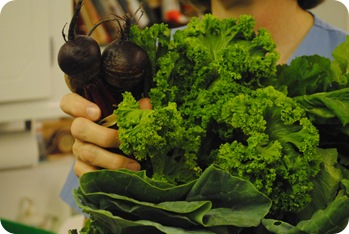 I did Couch to 5K Week 6 Day 2 yesterday (with Madigan!) and did really well.  It was a run 10 – walk 3 – run 10 interval, and I knocked it out of the park, covering more ground than I ever have before (I run on a path where I run out, turn around, and come back, so it’s easy to see progress)!  I’m a bit worried about the 25-minute run tomorrow, especially because I’m going to the lakehouse today for a work weekend; I’ll have to drag my butt out of bed early in the morning and run a different route than I usually do.  If I have trouble with my “long” run on Saturday, I think I’ll just resign to the fact that I’ll have to take walk breaks every so often if I want to complete a 5K in the near future, and that’s ok.  I’d rather cover more ground faster in 10-minute intervals than burn out in 35 minutes and fall short, distance-wise.

I also went to yoga last night with Lofton, and have to share a story.  There’s this dude who comes to the classes, and yeah, he’s more experienced than most everyone else, but he starts each session by showboating – while everyone is arriving and setting up their mats, he’s doing a full-on headstand or crane pose or some equally difficult contortion.  I’d get it more if he were warming up by doing a few stretches, but these are some advanced poses that you shouldn’t just jump into cold, right?  I can’t help but roll my eyes at this fella for so obviously showing off.  In a basic yoga class.  At the Y.  (Last night, he fell doing one of his pre-class headstands, and I lost some karma points by giggling a bit.)

Got any good gym showoff stories? Some buff meathead dropping a weight on him- or herself while staring too intently at their reflection? Some tiny shorts-clad floozy falling off the treadmill after flipping her hair a little too hard?  We shouldn’t laugh at others, but some people are just askin’ for it.