I’m not a hugely picky eater, and there aren’t many foods I dislike.  Having said that, I’m not a fan of beets. 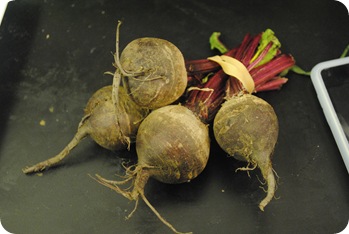 These little bastards may be good for me, but if I have to pinch my nose to get them past my taste buds, it ain’t worth it.  I’ve tried pickled beets before, and tonight I tried them roasted.  Still tastes like dirt-covered corn to me.

I made Guy Fieri’s Beet Salad with Goat Cheese, making a few minor changes according to my limited supplies. 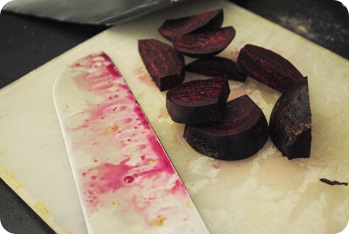 Looks pretty morbid, right?  I roasted the beets in EVOO with salt and pepper in a foil packet… 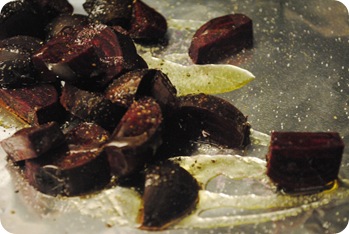 …then took them out to chill while I made un-kabobbed Caribbean chicken and veggie kabobs in the oven.  Random dinner, I know. 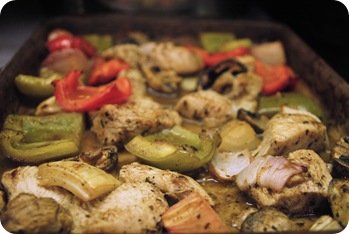 So once my beets were chilled and my un-kabobs were cooked, I built my salad. 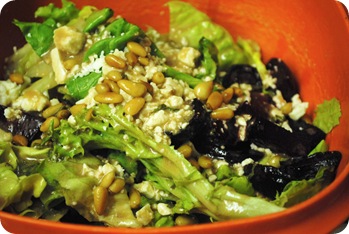 Even dousing the salad in dressing didn’t make me love the beets.

I ate it all anyway because it’s good for me, but I’m not seeking out beets anytime soon.  (I got our CSA delivery today but haven’t inspected it – who wants to bet there are beets in there?)  There goes my dream of marrying a Schrute. 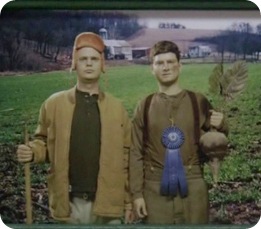 Beets aside, I RAN FOR 25 MINUTES TODAY WITHOUT STOPPING!!  The weather has SUCH a huge impact on my performance (which doesn’t bode well for my running in the the nasty hot, humid summer ahead), so I’m glad to know it’s not just me.  I didn’t eat anything the hour before I went, I ran slower-ish so I wouldn’t burn out, and I had Maddy and my This American Life podcast with me to keep me motivated.  On the downside, I had a small binge hunk of cake afterward in some jacked-up expression of entitlement.  Just because I ran far doesn’t mean I get to A) “make up” calories, especially since I’m trying to lose weight, and B) reward myself with food.  I could’ve rewarded myself with something inedible instead.  Grr.  My excitement and pride about running outweighs the regret and guilt I have over eating that piece of cake, though.

Do you like beets? If so, how do you prepare them?  Are there any foods you hate unless prepared one certain way?  I still can’t bring myself to like brussels sprouts, no matter the means of preparation.