I feel hungover as crap today, but not because of alcohol.  Because of these: 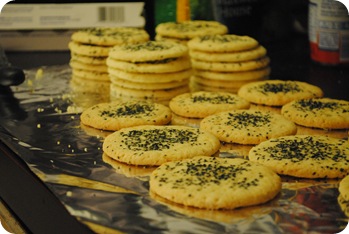 Luscious buttery, sugary, carby, limey, coconutty cookies.  With smoke monster black sugar sprinkles.  I had seen the recipe on Tastespotting awhile back and bookmarked it for later (Coconut Lime Chewy Sugar Cookies from Rock Recipes), and what better occasion to make and eat a crap-ton of tropical cookies than for a LOST finale party?

This weekend I headed down to the Lowcountry to my friends Staci and Josh’s house to watch the show with other like-minded Losties (I haven’t watched it with other people since Season 2, so it was nice to be around people who knew what the hell was going on!) The entire night – save for the show itself, IMHO – was awesome.  Check out some of the amazing decor at their house:

Charlie’s handprint in the bathroom “porthole” 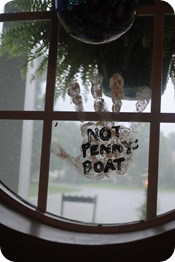 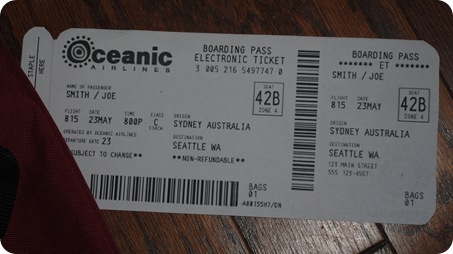 Names on the “wall” 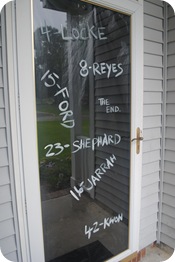 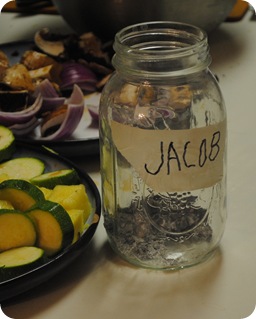 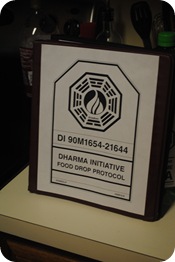 Cupcake island (and lotto ticket with The Numbers in the background!) 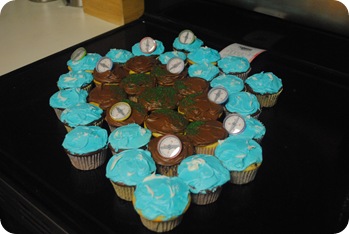 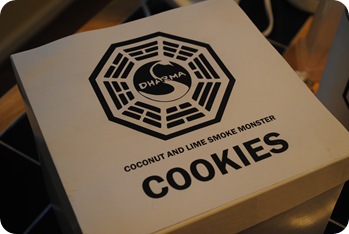 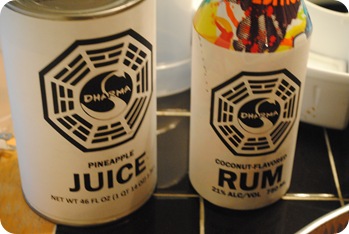 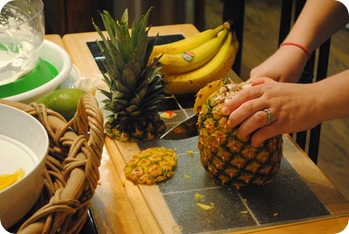 …and Josh grilled up some amazing chicken and pork kebabs.  I wonder if he’d share his secret marinade recipe with me…. 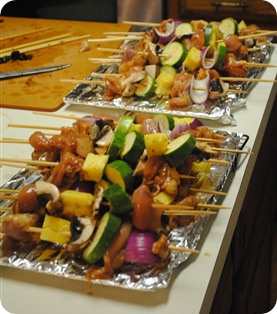 I wasn’t the only one to slap a Dharma label on my libations!  And check out “Jacob’s decanter” on the right! 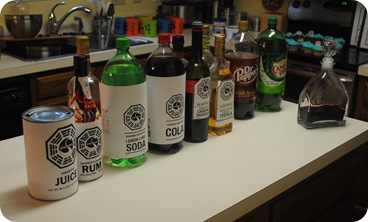 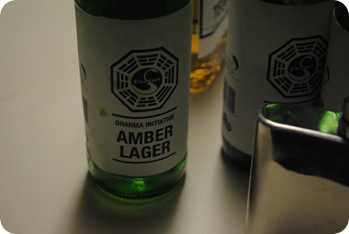 There was a smoke monster on the porch, complete with freaky sound effects. 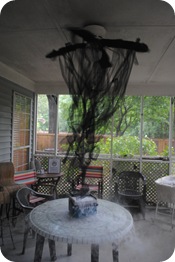 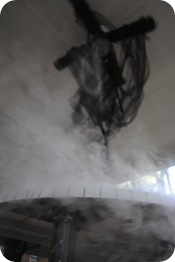 Claire’s Aaron 2.0 (I keep calling it a Turdbaby.  I’ve been saying “turd” too much lately.) 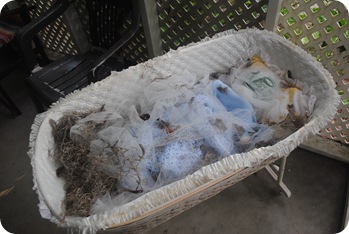 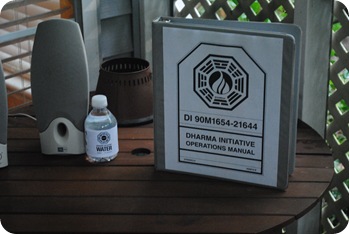 This was the coolest thing ever – someone picked up prepackaged sorbet (I think from Costco?) that came in hollowed-out coconuts and pineapples!  I had the coconut flavor in a coconut shell, the pineapples had pineapple sorbet, and there was a lemon-pomegranate flavor that someone said came in a lemon rind.  Is that not the neatest thing ever?? 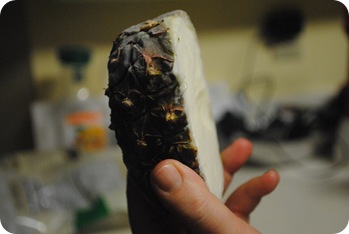 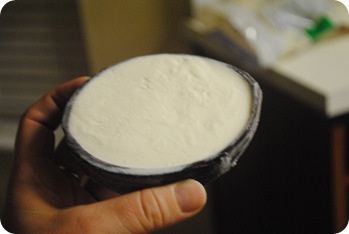 I stole the rest of these pictures from Staci: 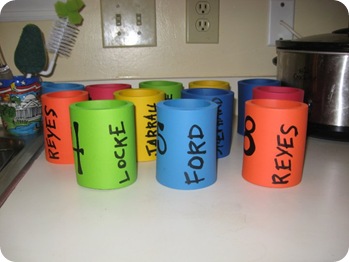 Desmond’s command prompt.  I never did see what happened when you entered the sequence properly. 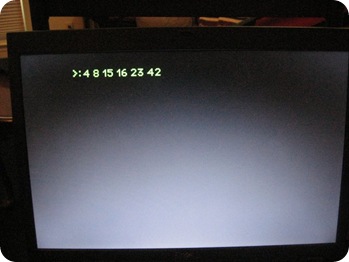 Strewn-about luggage, each with an Oceanic 815 tag 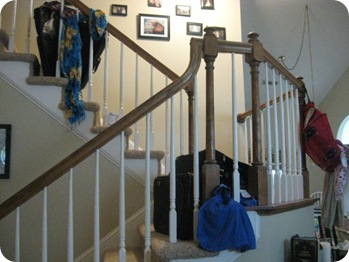 A bunch of happy/sad/confused/peaceful Losties. 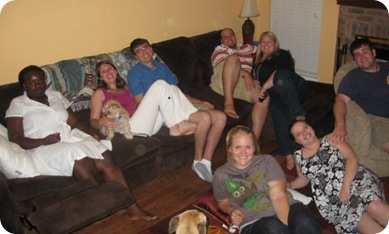 I had a couple of fruity island drinks, a couple of kebabs, way too many Arnold’s Thins ham + pineapple pizzas, one coconut sorbet, and way too many cookies.  Today, I drove home, promptly PTFOed soon after I walked in the door, and have been battling the achies and the hungries ever since.  I see a carb detox in my immediate future.

Do you watch Lost?  What did you think of the finale?  I’m an answers person, and I’m frustrated I didn’t get all of them that I wanted.  What’s the most fun theme party you’ve ever been to?  Staci and Josh DEFINITELY know how to throw a theme party!