I hope I’m not boring anyone with my Tales from the CSA posts yet, because here’s another one.  Last night’s featured veggie:  pattypan squash! (Some call it sunburst, but I prefer “pattypan” due to the fact that it sounds better in improvised song.) 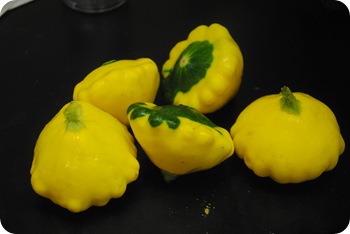 Fun to say and fun to eat, especially when you use this recipe for Stuffed Sunburst (ahem…Pattypan) Squash. 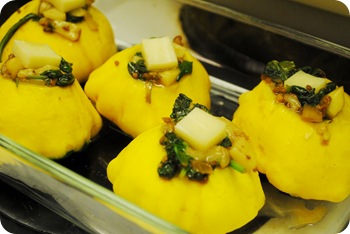 Check those puppies out, pre-oven.  Heck. Yes.  I also had a craving for salmon, so I found this nifty recipe from Bobby Flay: Grilled Salmon with Sherry Vinegar-Honey Glaze.  I used red wine vinegar instead of sherry vinegar and added some orange juice to the mix.  The recipe just tells you to use the concoction as a glaze, but I marinated my salmon in it before basting it on while it was on the grill. 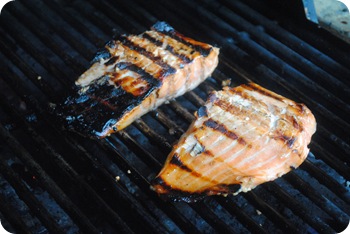 The squash + salmon + chardonnay + eating out on the deck was a pretty awesome treat! 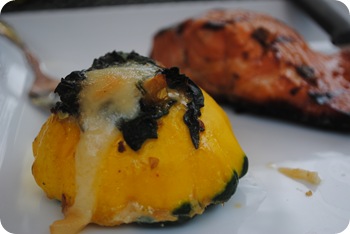 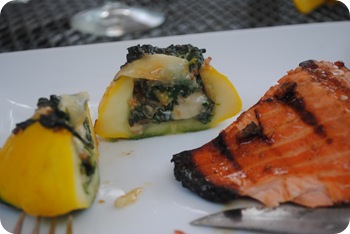 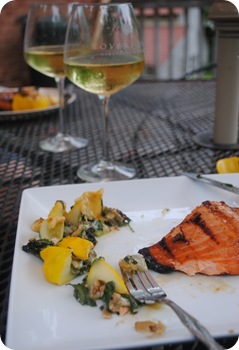 On the running front, I’m not doing that awesomely.  I’ve tried a few times to run outside (even though I already said the calendar was way past running outside weather), but yesterday and today were the most frustrating.  Yesterday I tried running inside at the track at the Y, but I set myself up for failure – I had binged on chocolate that morning, eaten huge leftovers for lunch, and was trying to push myself with a full, icky-feeling stomach.

Today I tried running earlier in the day before I had eaten (because I’m prone to side stitches and haven’t yet figured out the eating/running thing yet), but I did it outside.  I thought it was cool enough, but even though it wasn’t quite 80°, the humidity was already too much to bear.  Plus, I still had residual chocolate sitting in my tummy like a hunk of lead.

Yes, I pulled that “eat the rest of it in one sitting so it’ll be gone” crap last night.  I had gotten a couple of bars of my favorite World Market dark chocolate with sea salt with the intention of putting them away in a drawer to take little bits at a time.  However, I ate all of it in 2 days’ time, because that’s what I do.  I can’t be trusted to self-ration.  I didn’t even like the chocolate that much because the salt chunks were bigger than they used to be.  I want to read some psychological studies on the phenomenon of “eat it all now so it won’t be here later,” because that is one whack behavior that I fall prey to WAY too often.

It’s gone now, it left a bad taste in my mouth (literally), so I won’t be buying any more, and I’m craving veggies.  I’m going to fix myself a giant monster salad when I’m done with this post.

So between the bingeing, the running mishaps, the newly unopened bottle of rum I just dropped on the floor (‘twas supposed to be a gift), the fact that my computer is most likely irreparable, and the general cloud of malaise hanging over my head (and apparently the heads of a lot of bloggers out there), I’m really looking forward to a new endeavor I’ll announce either tonight or tomorrow… 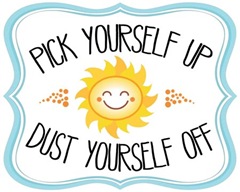