As I mentioned in my last eggplant-themed post, sometimes they pose a real conundrum for me.  The skin, the seeds, the texture…they’re not things I’m used to. 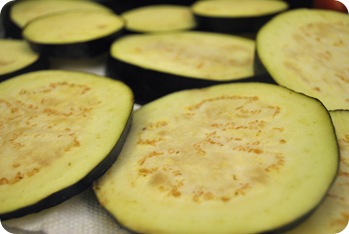 I was intrigued when I saw Katie’s recipe for Eggplant (Non) Parmesan, so I decided to give it a whirl with my own tweaks.  It ended up being way higher in calories than it should’ve been, but I know what to do next time!

I dipped each eggplant slice in egg + milk and then coated in panko + corn flour, then I pan-fried it.  Here’s my mistake…I don’t think the oil got hot enough to do its thang.  It ended up tasting ok, but it soaked up way too much oil, and we had a smoke situation when the little crusty bits fell off and spent too much time in the pan.  Oops. 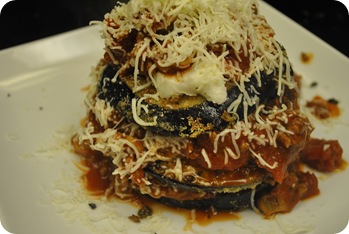 Lesson learned?  Lightly coat the eggplant slices in spray oil and bake them next time, don’t fry.  Other than that, it was a neat concept I’ll definitely repeat!

Other things I did this weekend?  Put these together… 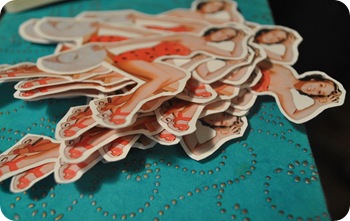 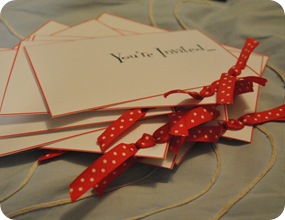 …for a bridal shower I’m throwing for this chick: 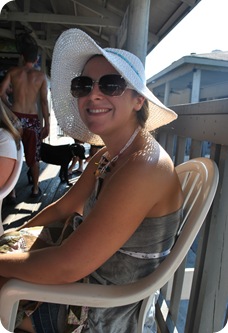 I hope everything turns out like the vision in my head, because I’ve got some neato stuff planned!  We got together on Sunday at a marina near my house to see Catherine’s fiancee’s band play, and a good time was had by all. 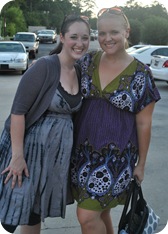 What’s the most fun bridal shower you’ve been to?  Do you like to play dorky games?  I’m open for some planning ideas!