Just because I “never do” doesn’t mean I ever should

I was doing awesomely well on exercising and eating, and then Tuesday night trivia happened. 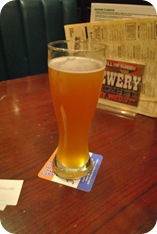 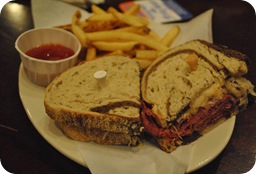 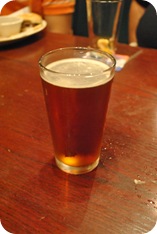 I went in there having looked at the menu, having decided to order a salad and have just one beer…and then I got caught up yet again.  Why make a bad decision “in the moment” if I planned for a good decision?  It’s so easy to say “screw the salad, I want a giant nasty sandwich that I NEVER have,” but was it really worth it?  It was really good, but it was over quickly (the water retention, however, stayed around a day and a half).  Was the splurge worth the setback?  No!  I need to tattoo this on the back of my hand.  In the moment, I think “my friend is eating X, Y, Z, I should be able to, also,”  or “I NEVER have reubens! It’s ok to have one now!”  Yeah, I might never have reubens, but if I say “I never have this, this, or this” with numerous things, I’m still eating a lot of different crappy things fairly often.  Logic FAIL.  Instead of a tattoo, I’ll try this:

I was faced with challenges yesterday, too, and I did better but I’m still not calling it 100% successful.  Mom had the day off, so instead of working on things that I needed to do, I spent the day gallivanting with her.  Responsibilities put off for another day.  [shakes head]

We did go to the gym where I did try to run, but I think the residual effects of my beer/reuben bender were still messing with me.  I made it 12 minutes, felt too heavy and blah to continue, and left the gym dejected and pissed off.  For lunch, we went somewhere I hadn’t been in years – the Flight Deck. 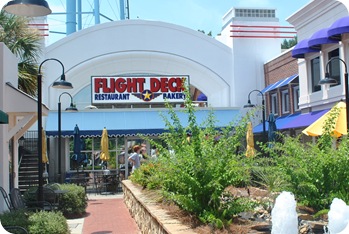 The decor and menu are aviation-themed.  So cute! 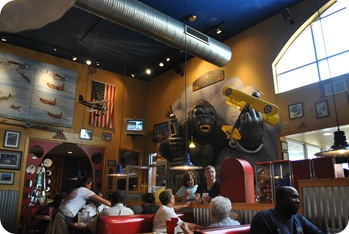 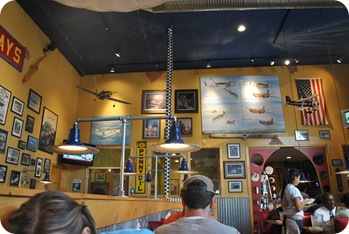 I had the Avenger - “hot buttered pita bread topped with strips of grilled marinated chicken, lettuce, tomatoes, onions, and Greek cucumber yogurt sauce” – sans tomatoes (because they’re a thing of the devil) and butter (because it was unnecessary!).  With green beans on the side.  Yay good choice! 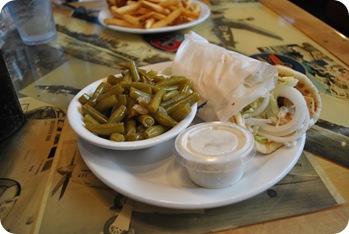 Their dessert case is insaaaayne, and I wanted something from it so badly but decided against it.  Yay another good choice!  Instead, I got one of these little chocolate squares when I picked up a couple of things from World Market. 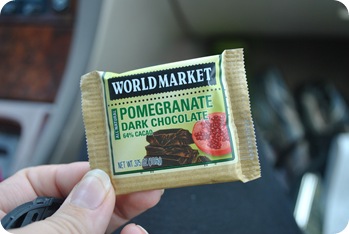 I will mention that later that evening, we saw Despicable Me in 3D – such a good movie!!  But I won’t mention we shared popcorn and Reese’s Pieces.  I sound like a broken record, but I never get snacks at the movie.  So why did I this time?  Who knows…

Do you have any tricks for sticking to your guns in a high-temptation situation?  How do you balance feeling good about your choices and possibly feeling deprived when others are indulging?