Yesterday for the actual 4th of July, I had a really relaxing day at home.  When we have big family get-togethers for the 4th at the lakehouse, we usually make peach ice cream (with fresh SC peaches!) in our big old-fashioned churn.  This year, however, we decided to try out a new soft-serve ice cream maker we received as a gift. 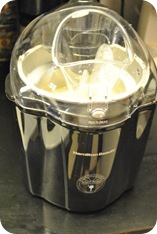 The first batch was a big ol’ fail.  I don’t think the metal bucket was cold enough when we started, so the ice cream never really set up.  The second batch, however, was nice and ice creamy.  We used our usual peach ice cream recipe, but I wanted to jazz it up.  I crunched up and added some of these Goldfish cinnamon grahams, hoping for a nod to peach cobbler or pie… 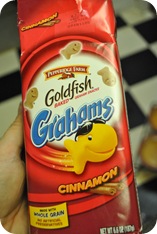 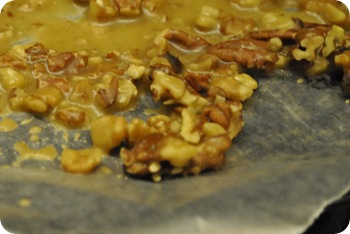 (cropping it close because the full batch looks like a pile of vomit…ew).  The first soupy batch might not have been of ideal consistency, but it sure tasted good!  I wish I had left out the walnuts, though – they were a little bitter). 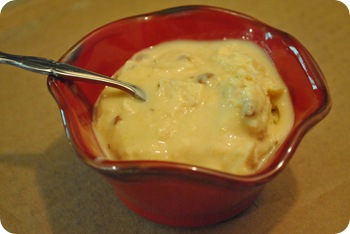 For dinner, I made patriotic burgers – red meat, bleu cheese…and the white cheese that holds the “bleu” together.

I also grilled some asparagus and topped the burgers with caramelized onions and balsamic vinegar and had romaine lettuce on the side.  I guess I could consider the onions white…to begin with. 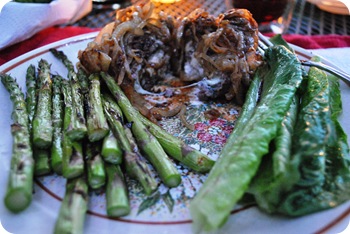 After dinner, I headed down to the dock with my trusty tripod (I’ll admit it was a bit dumb to put a tripod, whose sole responsibility is to keep the camera stationary, on a floating dock; however, there weren’t too many waves last night) and took some pictures of fireworks. 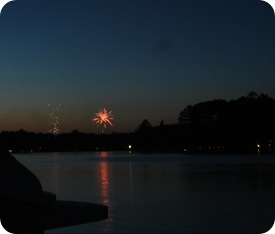 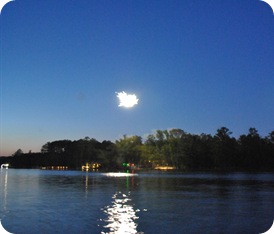 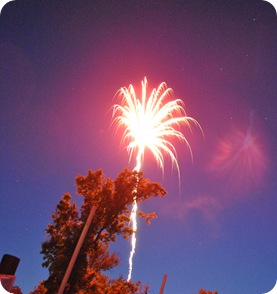 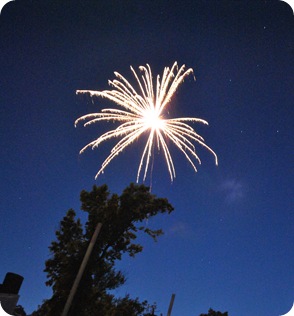 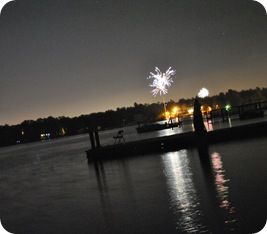 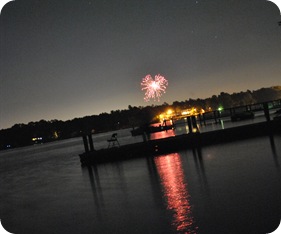 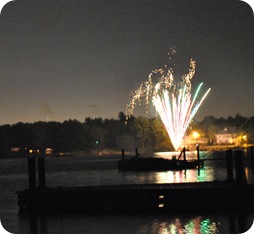 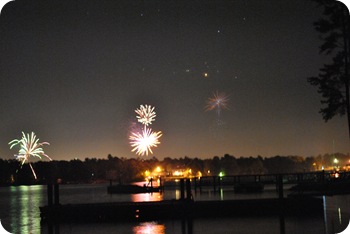 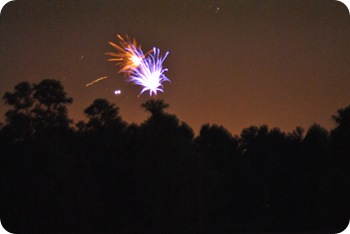 I still need a bunch of practice with my night photography…it’s so hard to focus when you can’t see anything to focus on!  And there were so many people shooting off fireworks in my cove, I was getting whiplash trying to see them all!

I had a leftover burger for lunch, and it was even better the second time around. 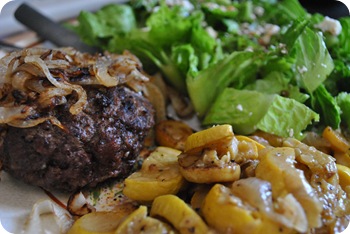 Did you see any fireworks shows this weekend?  Have you ever made homemade ice cream?  What’s your favorite flavor, either to eat or make?