Part of the craziness that I’ve been referring to lately is a bridal shower I threw for Catherine yesterday.  I LOVE party planning and entertaining, but several wrenches were thrown into this party’s gears (low budget, having to throw the party at someone else’s house, broken oven AND refrigerator at our house – thanks, Universe).  I think it went well overall, but of course the perfectionist in me keeps saying “…but…” and “…if only…”  I gotta let that go, man.

Catherine’s always had a thing for pinup-style glamour.  She grew up obsessed with Lucille Ball and Bettie Page, so I wanted to bring some 50s-style flair to the party.

Here’s the image I used on the front of the invitations (with her face photoshopped on the body!) 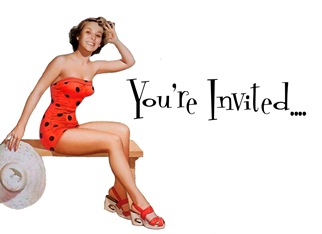 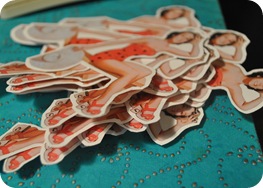 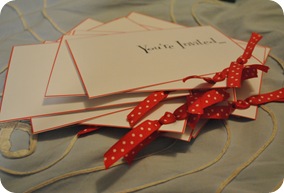 So my colors were black and red with lots of polka dots.  Originally, I wanted to have lace and feathers everywhere, but that damn “budget” thing got in the way.

I painted martini glasses for everyone to use and take home as favors. 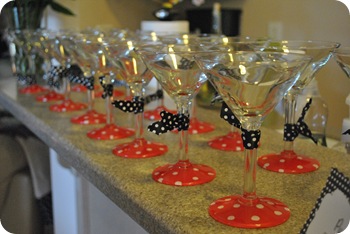 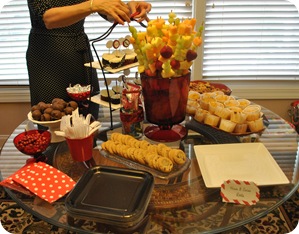 I wish I had taken more pictures of the food!  I tried to stick to Americana-type fare; originally I wanted to do mini hamburger sliders, but logistics didn’t pan out.  However, we DID have those amazing ham and cheese party sandwiches, the ones with the poppy seeds and mustard – pretty sure I ate at least 5 of them.  And I made cute little picks for the red velvet cupcakes (which were decked out in polka dot liners!). 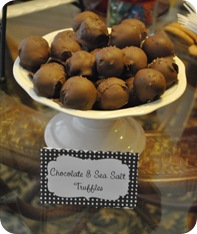 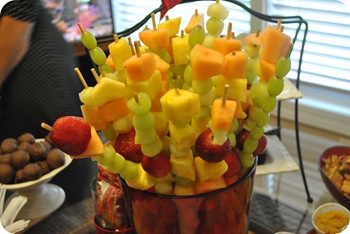 Fruit skewers!  The bad thing is, people overlooked these because they just appeared to be a centerpiece!  Maybe I should’ve had a dipping sauce or a sign on the table to draw their attention? 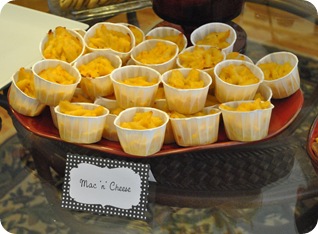 My macaroni and cheese cups got a little cold and hard sitting out…boo.  I also had a non-alcoholic fruit punch and a white sangria with peaches, grapes, and strawberries.  [kicking myself for not taking better pictures!!] 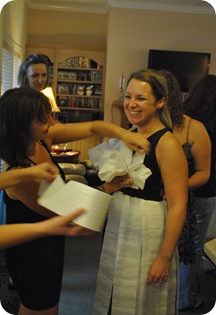 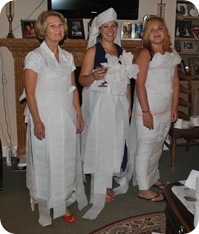 Catherine got showered with gifts! 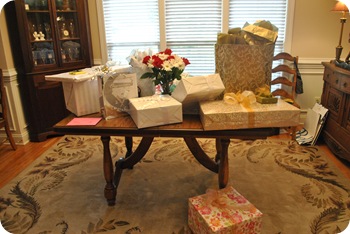 No tired old-lady corsages for this bride.  I got her a sassy feather boa instead. 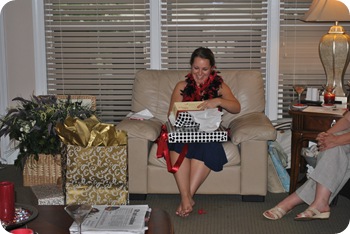 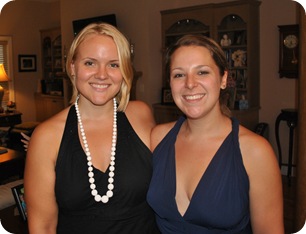 I wuv my bestest friend.

I only kept a few leftover foodstuffs from the party, and my tummy is glad for it.  All the sugar and refined carbs aren’t sitting too well on my stomach or my brain.  I feel so lethargic and achy and, well, hungover today.  Sugary carby goodness isn’t that good after all.

What’s your best way to bounce back after an all-out sugar-fest?  Do you just go back to eating normally or do you take an extra step and do some sort of “detox” program?  I think I’m just going to jump back into the clean eating today…