Today I went on an epic bike ride along a section of the Palmetto Trail – a trail that, when finished, will reach from the mountains in the northwest corner of the state all the way to the beach on the southeast side.  Mom and I headed to the Peak to Prosperity Passage with our bikes and hit the trail.

May I note that before Wednesday, neither of us had ever biked “off-road.”  I’ve always stuck to paved trails or regular roads, but we tried a path through the woods at our regular park on Wednesday, had fun, and mustered up the courage to go big today.

The road to the trailhead is spooky and middle-of-nowhere-ish. 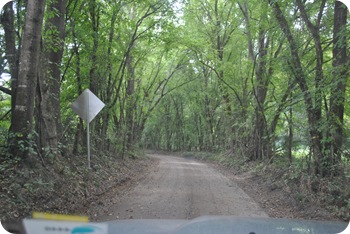 Parts of the trail, if not the whole thing, are old sections of railroad… 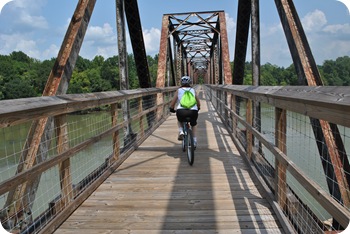 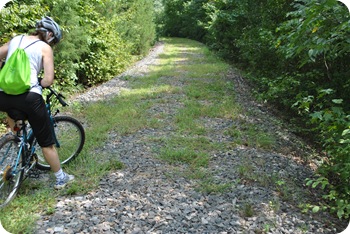 …which is great in part because you’ve got a nice wide, relatively flat trail.  However, it’s covered in good-sized gravel…scary for a novice biker like me who’s afraid of sliding! 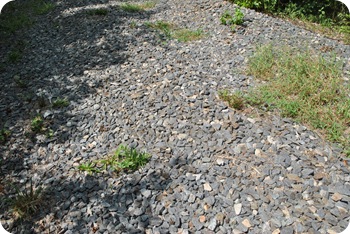 There are a few parts of the trail where there are embankments on either side…if you slid on the rocks and fell, you’d tumble a long ways before dying in a heap far below reaching the bottom. 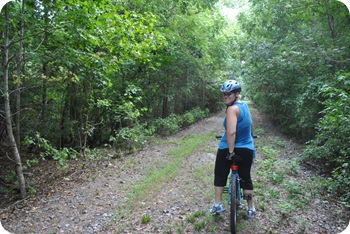 I swore I saw Bigfoot dart across the path at one point, but I think it was just the aft-end of a deer.  Maybe related to this one? 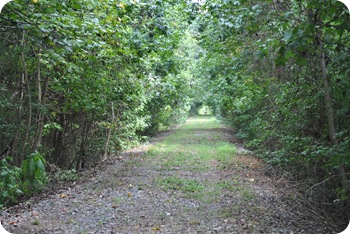 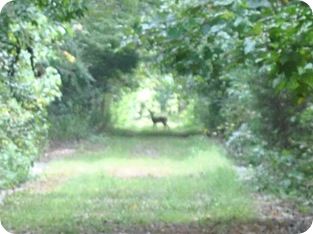 I tried to chase her, but I was awkward and slow, and she took off way before I could get close enough for a good picture.

There are a few trestles along the way…we made it to one at about the 2.5 mile mark before taking some pictures and turning around. 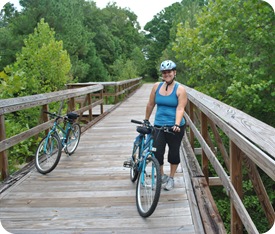 I’m not very good at those cute jumping photos the kiddies are taking nowadays. 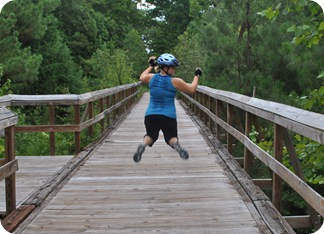 And no, adding a second person and relying on the self-timer doesn’t help. 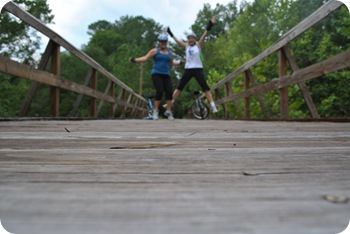 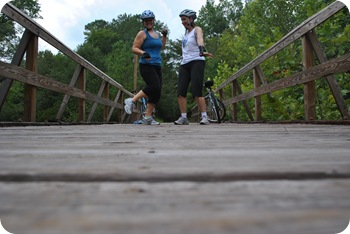 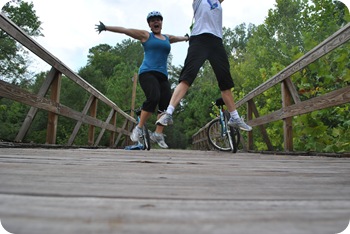 Biking was far easier after turning back, either because I had increased my confidence and self-efficacy or because I knew I only had a finite distance to go.  Either way, I was singing to myself on the way back instead of cursing to myself like I had on the way up.  This song, to be exact.  Oh Cee-Lo, I love you. 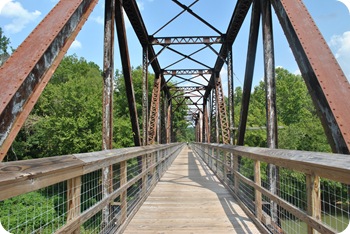 It started raining as we approached the trail head – one of those stupid isolated showers that doesn’t stick around long but would’ve been a nuisance had it started in the middle of our ride. 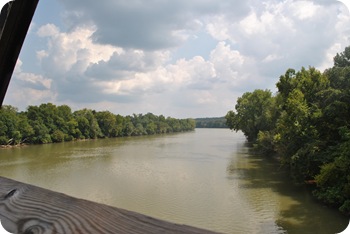 I didn’t die, and I actually had a really good time!  As we kept going, I’d take bigger risks than I had in the beginning – not stopping to walk over obstacles, going a little faster when I felt safe – I felt much better about my abilities on the last half of the journey! 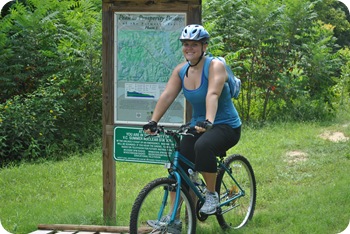 I can’t wait to do it again, especially when the weather gets a little cooler!  And after I invest in some padded bike pants…my little gel seat just doesn’t cut it.  Sore ladybits make me a sad panda.

Ooh, and look what I found on the way out! 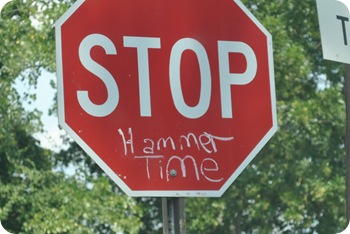 Have you accomplished some scary fitness feat lately that you’re proud of?