I’m a browser-tab whore.  At any one point, I have at least 15 tabs open in each of my browsers – Chrome for my “real” Google account and Firefox for my blog Google account.  It’s especially bad in Firefox, because I’ll open a blog post I really want to comment on and forget to go back to it for days, sometimes weeks.  Jessica’s Moroccan Vegetable Stew is one of those lucky pages I’ve had open for…probably over a month, and last night I finally tried it!

I made a few changes based on personal taste and what was on the verge of going bad from our CSA box.  I peeled and diced some sweet potatoes and butternut squash and threw them in the crock pot with celery… 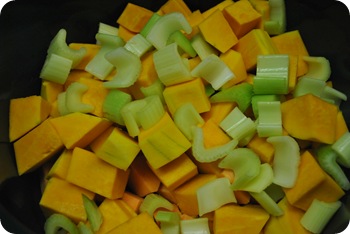 …and added some peeled and diced turnips and a can of rinsed canellini beans. 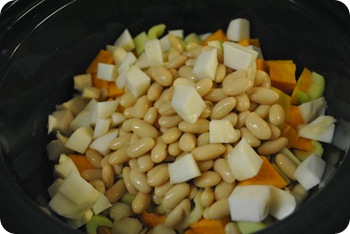 On the stove, I softened some diced onion and green bell pepper along with minced garlic in some EVOO before adding diced chicken, just to brown on the outside. 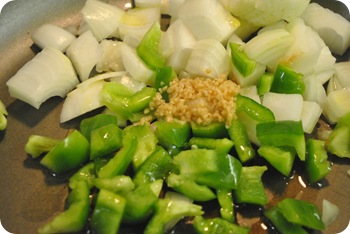 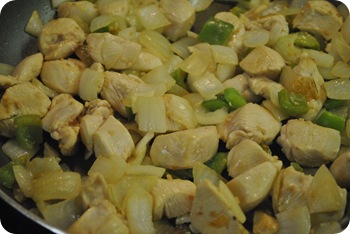 I dumped that mixture in the crockpot, added some chicken stock, and then dumped a whole mess of spices in there. 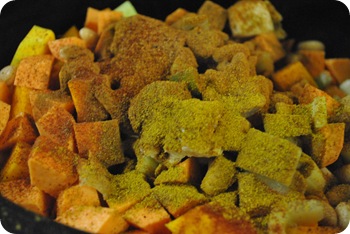 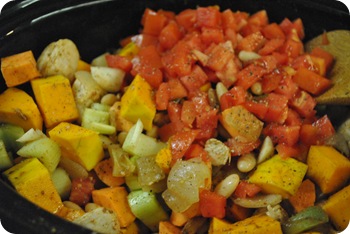 After stirring vigorously (take advice from me – don’t dump all the spices in one place like that), I turned the crockpot on high and left it alone (except to stir!) for about 3 hours. 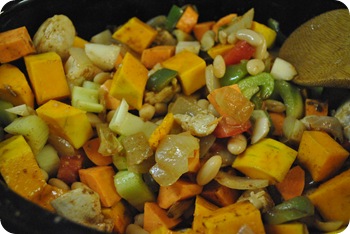 I don’t know why I didn’t take a picture of it all broken down and melded together, because all the veggies really did cook down beautifully.  My forgettiness possibly had something to do with this… 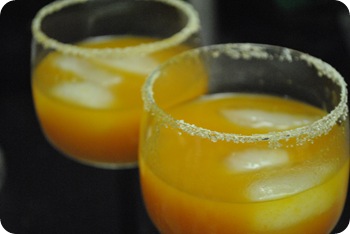 We Are Not Martha’s pumpkin pie martini.  I tried it last week but apparently my vodka had gone bad?  I didn’t even know that was possible, and I’m slightly appalled that I let it happen!  However, last night, the cocktail was perfect!

So back to dinner…I had some puff pastry left over from my baked brie at Lofton’s wedding, so I dragged it out and made some belated jack-o’-lantern faces since I didn’t get to celebrate Halloween as big as I would’ve liked. 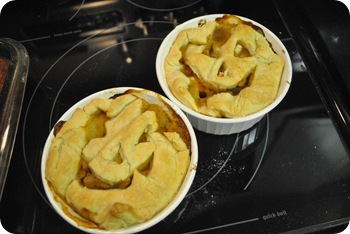 Plus, I did it in honor/memory of this guy: 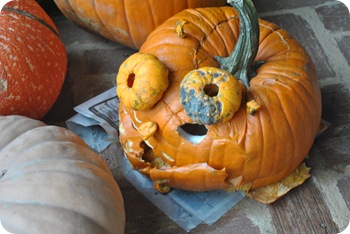 R.I.P., little Darius.  I wish you’d had longer on this earth, but you were a bit squishy straight off the pallet.

Once my pot pie was cool enough to eat, I ruined my face with cheese and sour cream. 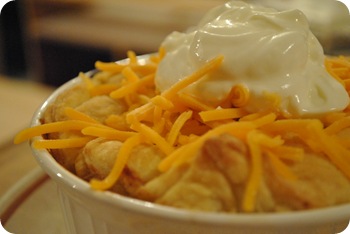 Have you made any amazing blogger-authored recipes lately?  Please share!