How Katherine got her Groove Back

Well that’s a pretty presumptuous title…I’m starting to get my groove back.  First off, I’ve been walking/hiking a few times in the past couple of weeks – something way out of the ordinary for me given my sluggishness the past few months.  Then to really get the ball rolling, I Redboxed Zumba for Wii the other night. 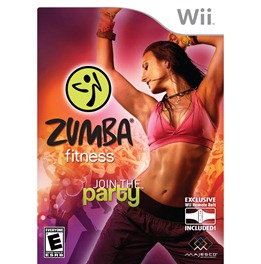 It took me a good 15 minutes to get loosened up (and shrug off the possibility that I could maaaaybe be seen through my blinds by passers-by…), but I did a good 45 minutes of this game, and it was fun!  I miss going to Zumba and walking out feeling all sweaty and sexy.  I am so self-conscious that my body is perpetually stiff; Zumba helped loosen my hips up a bit.  I might just have to buy this one!

I think that game got my momentum going, because I was found myself deliciously sore the next day and craving other forms of exercise.  I even got brave enough to join my boss at a pilates/yoga class at our gym Saturday morning (waaaaaay out of my comfort zone).  I anticipated something more akin to the yoga classes I miss so much from my old gym, but this was a faster-paced ass-kicker of a class.  There were a couple of times I thought I would pass out, but I felt like a million bucks for the rest of the day, and I think I’d like to go back. I need accountability, and I’ve set myself up for it with this class.  1) I talked to the teacher and told her I was new but familiar with yoga, and as a result, she kept her eye on me; 2) I obviously struggled the most out of everyone, 3) I told the teacher I’d like to come back, and 4) my buddy in the class is my bariatric doctor/boss…I’d feel like a turd if I wussed out.

Today I explored some trails in a nearby forest with my dog, and it felt so good to be out early in the morning getting fresh air in my lungs.  Then afterward, I was going to get a skinny iced latte at Starbucks but noticed they had PUMPKIN SPICE LATTES again!!! 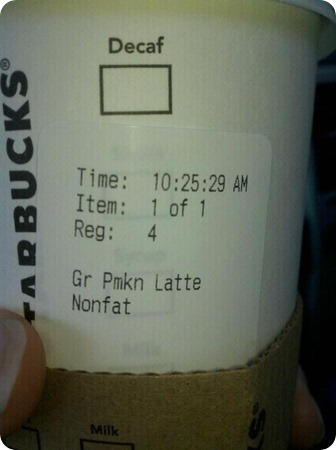 I thought they weren’t due for a couple more days!  So obviously I had to get one…I didn’t, however, have to get the slice of cinnamon loaf I got with it.  [sigh]

I’m experimenting in the kitchen again, too.  Yesterday I made a fig pizza again like last year (though I’ve switched to gluten-free crust!) 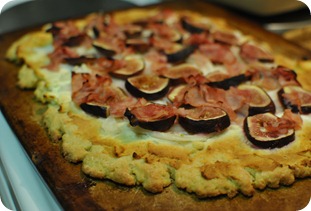 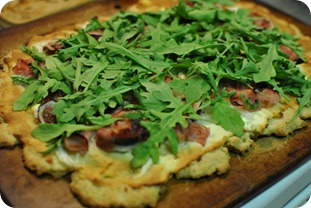 tonight I made my favorite butternut squash soup, but I added some red pepper flakes.  Hooooo boy. 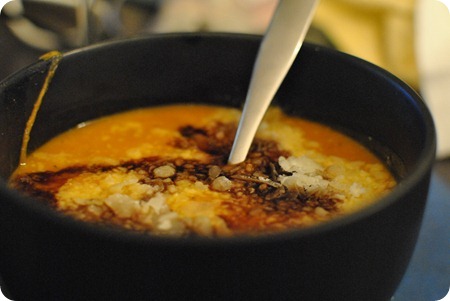 I also made a chicken dish – I sliced some chicken breasts and put in some sliced Mini Babybel cheese and sliced ham, and on top I poured a mixture of dry onion soup mix whisked with chicken broth and dijon mustard and let it bake for 45 minutes at 375°. 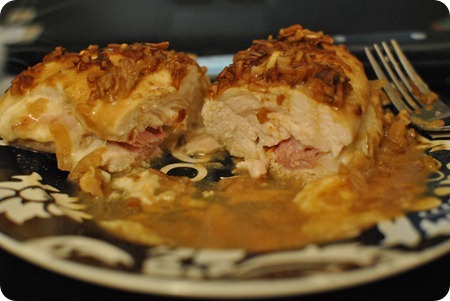 So now that I’m sore and loving it, I’m motivated to keep it up (I’m tired of telling people “yeah, I’ve still got about 30 pounds to lose, just gotta get my head in the game,” and I’ve got some events coming up that I superficially want to look good for).  What’s more, a lot of our patients have asked me for good low-carb veggie recipes lately, and I feel the need to deliver.  Also, I’m excited to keep up this blogging accountability; I’ve missed everyone, and I miss being so aware of what I’m doing.  Disordered eating is such a secretive thing – perceiving my life in a public way (“how can I blog this?”) really helps me keep myself in check.

Have you had to step away from blogging for awhile only to realize some surprising truths about yourself and/or blogging?  I’ve realized a lot of the food/fitness blogging/bloggers I followed months ago were extremely disordered, but I also realize that writing publicly about my efforts causes me to re-evaluate just how (un)healthy my habits are.