I’ve got to fit into a bridesmaid dress in about 4 weeks, and as a result I haven’t been doing a whole lot in the kitchen as of late.  A lot of meat ‘n’ veggies and not much else…not very blogworthy.  Though today was an occasion for bending the rules – Viva la Vista – a food festival in downtown Columbia.

It’s late September, officially autumn, and it was about 90° today.  I really wanted to try some nontraditional fare, but I wasn’t in the right mindset to stand in 90° heat and eat shrimp and grits.  Instead I went for comfort food (after I got a Shock Top upon arrival while waiting on my friend).   First I got a mini salted caramel chocolate cupcake from Cupcake. 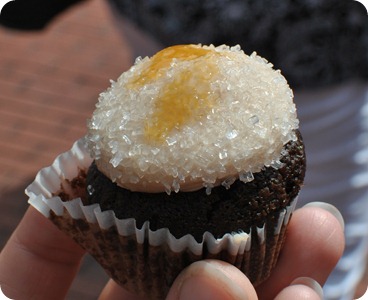 Next was a bananas foster pudding dessert from Liberty Taproom and a 2nd beer – a Southern Tier Harvest Ale. 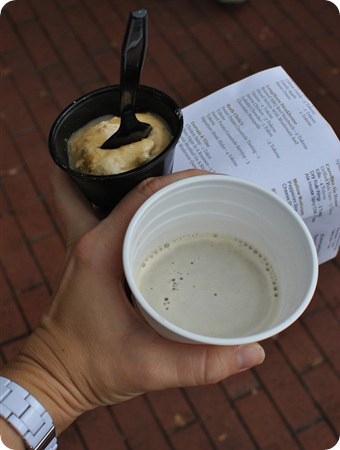 About now was when I started thinking to myself, “hmm…maybe I should have some ‘real’ food instead of just sugar and alcohol…”  I wanted to try something I’d never had before, but none of the items sounded good since I was so uncomfortably hot and sweaty.  Chicken salad on half a croissant from Nonnah’s it was. 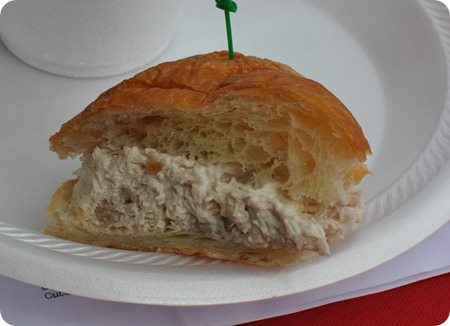 We walked the entire length of the festival again before I decided I wanted a good ol’ fashioned slice of pizza from Mellow Mushroom. 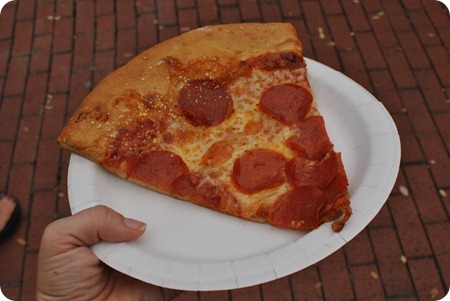 And what better way to wash it down than strawberry cheesecake gelato from Peace, Love, & Rocky Roast? 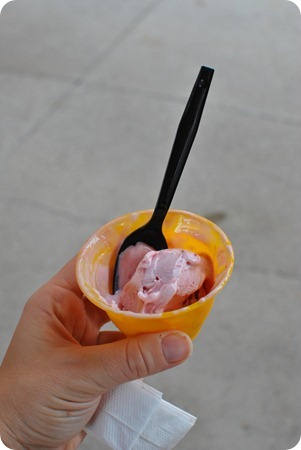 I’d have been more than fine without that pizza, but it just looked (and tasted) soooo gooooood.  I wish I had been in more of a mood to try off-the-wall stuff – there was a veggie sandwich and some blue cheese fries that looked to die for – but the weather today just SUCKED for a food festival in September.  Still, I’m looking forward to it again next year – it was a neat concept and a great way to check out some area restaurants I’ve never tried before!

In other news, I’m knitting again thanks to this chick: 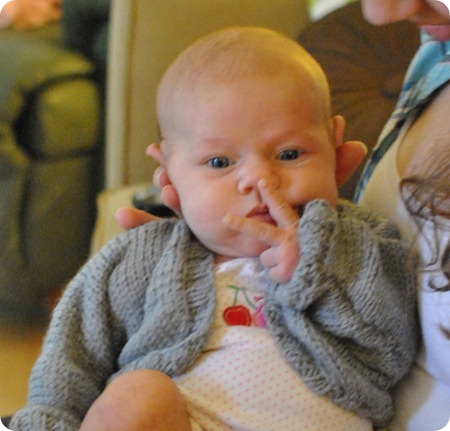 She’s modeling the little shrug I made her, but it’ll take awhile until she’s able to fit into the sweater dress: 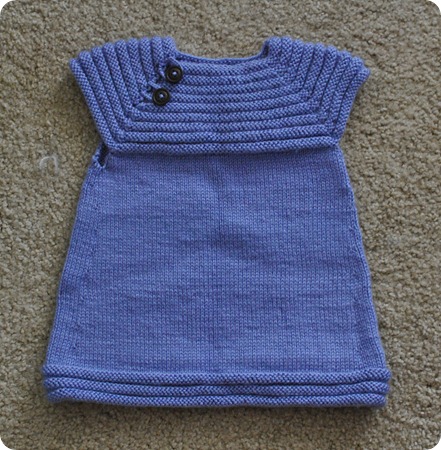 And I recently went pottery-painting with her and her parents.  I like being artsy again! 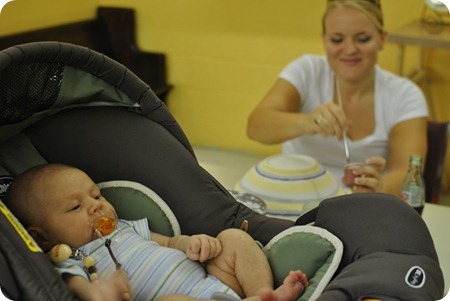 I’m also into geocaching lately…do any of you do it?  Have you ever met up with a geocaching group or do you go on your own?  I’ve had some GPS issues on my phone, but when it actually works as it should, it’s fun!  What kinds of artistic things do you do to keep your mind busy?