I’ve had an somewhat out-of-the-ordinary week where I’ve been semi-stressed at work, and yesterday was particularly trying.  A few weeks ago, I could’ve seen myself getting off work and going to buy a DiGiorno pizza and a pint of Ben & Jerry’s and “unwinding,” but last night I decided to treat myself in a healthier way.  I haven’t had salmon in awhile and was craving it, so I stopped and got one piece: 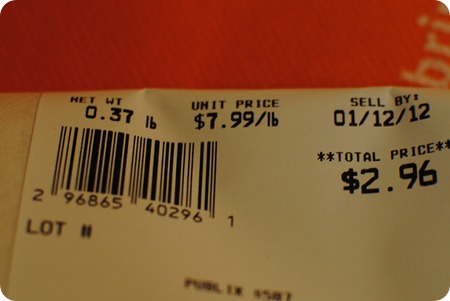 I had bought this brown sugar & pecan mustard at a local gift shop to include in a Christmas present for someone, but I had forgotten about it and found it last week.  So I kept it.  I’m a bad person. 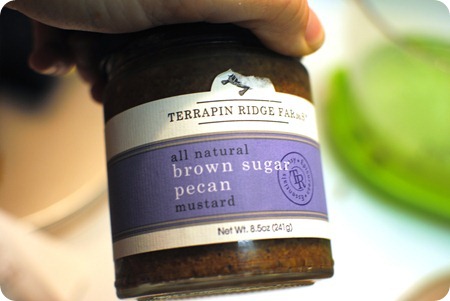 But hey, it was fantastic on the salmon! 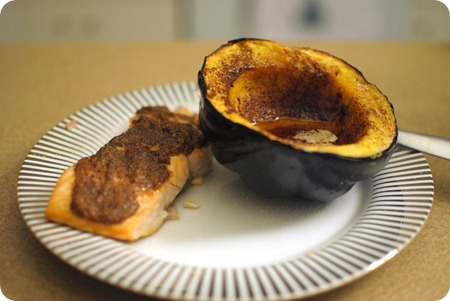 I’ve always disliked guacamole, but I had an AMAZING batch at a local restaurant a few weeks ago, so I’ve been stuck on it ever since.  I grabbed a container last night that is nowhere near as good as the local stuff, but it’s not bad.  I thought the little label under the lid was cute: 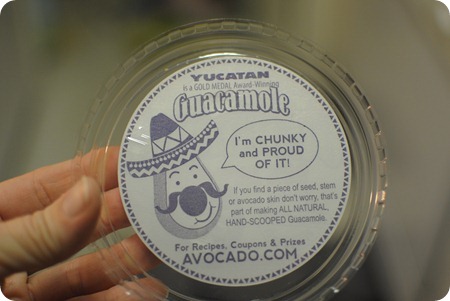