A Taste of Charleston

I’ve just come from a long weekend in Charleston, full of food, beer, and laziness…my idea of heaven.  Jason and I hit up quite a few local places and also went to the Southern Living Taste of Charleston Food Festival on Sunday where we stuffed ourselves silly.

The festival was held at Boone Hall Plantation – incidentally the same place Blake Lively and Ryan Reynolds were married not long ago.  I want to go back and tour it another day! 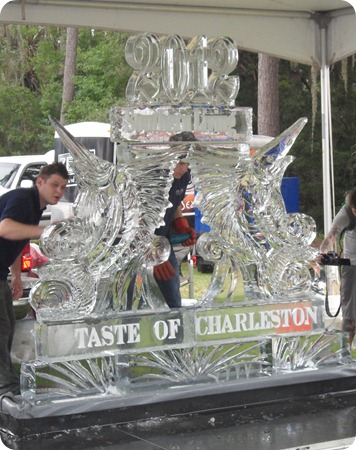 Next time we do this event, we’ll bring a couple more people – we came away feeling stuffed, and it cost a little more than we had bargained for.  Especially when we really only wanted a taste of a bunch of things, we could definitely spread the cost and tastes with friends!

First thing we had was Fried Pimento Cheese Sticks with Pepper Jam from the Boone Hall Farm’s Market Café.  Fried cheese?  And pimiento, at that?  Yep. 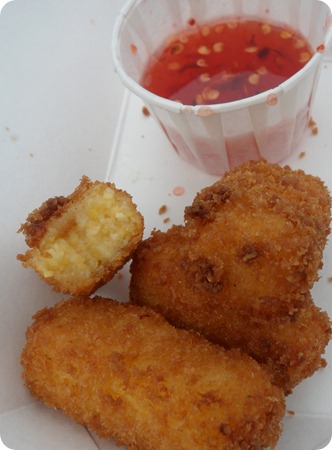 Next from Poogan’s Porch, we tried a Pimento Cheese Deviled Egg and Confit Fried Chicken.  I didn’t dislike it, but it wasn’t my favorite. 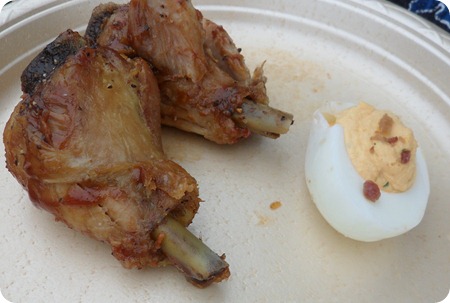 Cuban sandwiches are a fave of mine, so I had to sample the one from 82 Queen.  Hell yes. 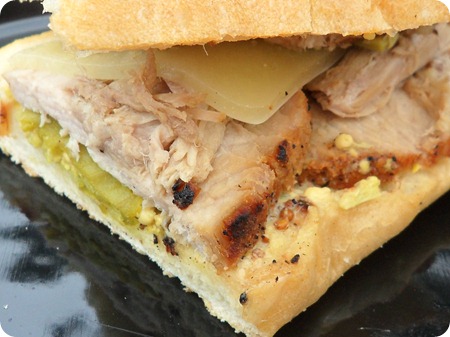 From Pearlz, we had the Pumpkin Cobbler.  Not bad, but it would’ve been a much better base for some kind of ice cream as opposed to the standalone star. 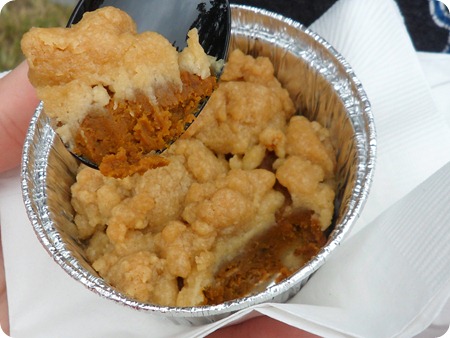 My favorite dish by far was the Tomato Pie from Carpentier’s Wine and Dine Deli.  I licked the pan…er, at least nibbled off the baked-on cheesy bits.  No regrets. 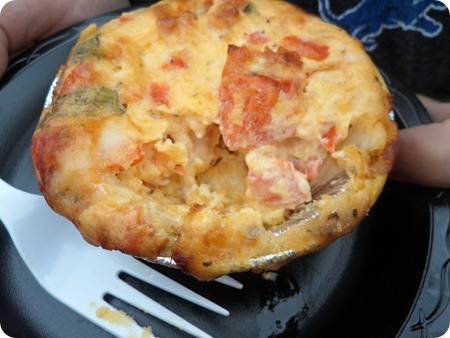 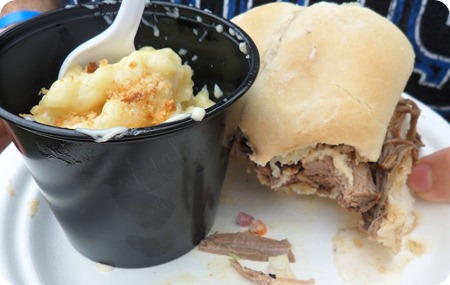 I think this was from Cork? Apple Bread Pudding. 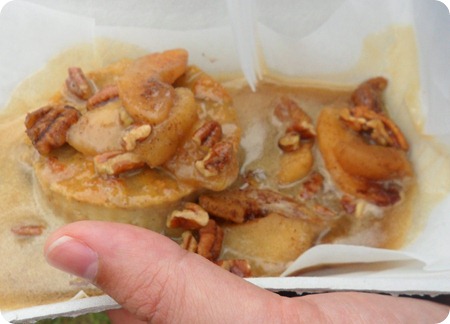 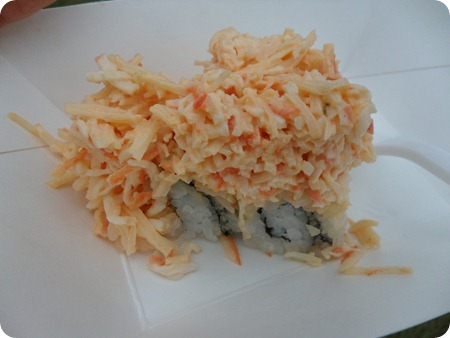 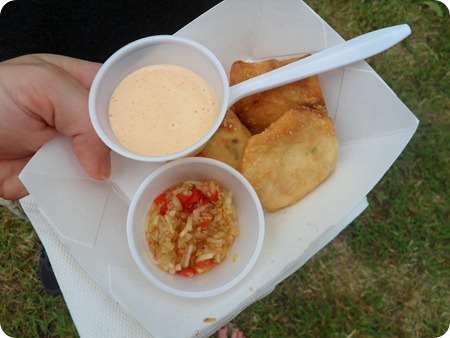 And as we were walking back to the car, we happened upon a gentleman giving away little chocolate cupcakes with a dollop of chocolate and mint frosting.  Forgot where they were from… 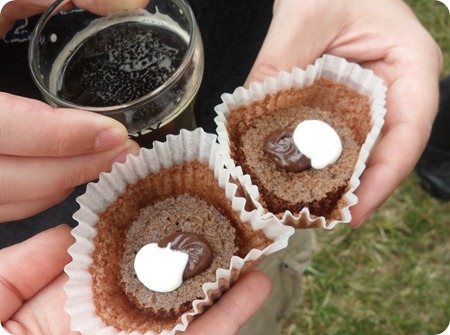 Did I mention there was beer?  Because there was.  My favorite sample was Blue Moon’s Caramel Apple beer…so good! Later that evening, we met up for dinner and drinks with some girlfriends of mine and their significant others.  While we waited for a table, we had drinks at Closed For Business – I loved the atmosphere here!  His (some kind of fancy bourbon) and hers (Peach Porch Lounger by New Belgium): 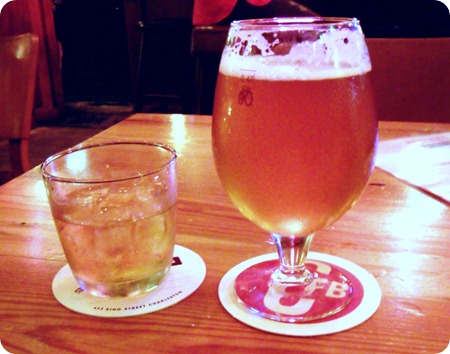 Dinner was next door at Monza – voted one of the best pizzas in the nation.  I had the Count Louis pizza… 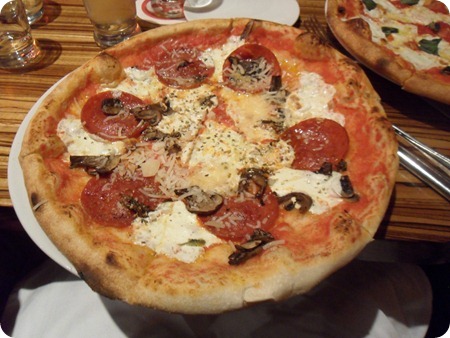 …and Jason had the Carbonara pasta. 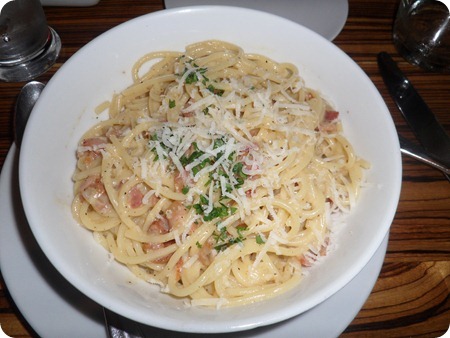 I came away feeling gluttonous, but I had a fabulous time!  I literally lost 5 pounds on the scale on Tuesday because of all the water I was retaining…yikes. Now to get rid of the other 3 or so I didn’t pee out…

What food festivals have you been to lately?  What’s your favorite Southern fare?  Shrimp and grits is definitely a fave of mine!  I had it a couple of times but was kinda lazy with the camera this weekend.