Friday night we wanted to stay in and cook but had to run a few errands beforehand.  We were out a lot later than we realized we’d be, so we decided to do a quick-ish dinner instead of starting from scratch like we initially intended to.

First off, my boss gave me a piece of salmon from her lunch that she no longer wanted (not as weird as it sounds).  I knew I wanted to make a salmon cake appetizer with it, so I threw some stuff together: 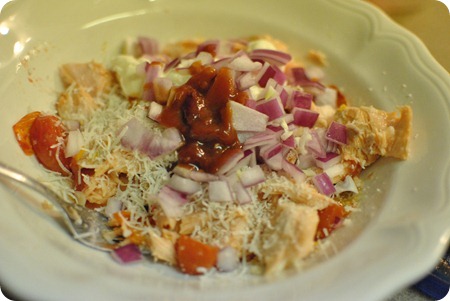 the salmon, a couple tablespoons of light mayo, some fresh-grated pecorino romano cheese, some red onion, adobo sauce, and this quinoa mix: 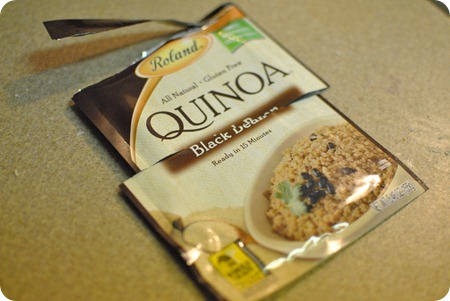 In hindsight, I should’ve just gotten plain quinoa and added a smidge to the salmon, because this ended up being mostly quinoa with a little salmon inside – I had to add some extra stuff to help my cakes stick together. 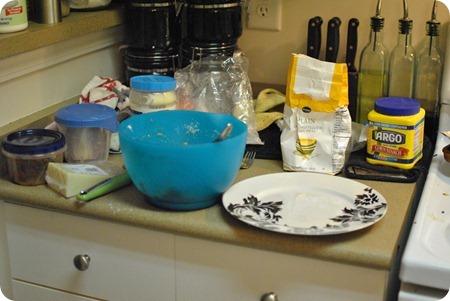 Some cornmeal, soy flour, and cornstarch later, I got ready to pan-fry. 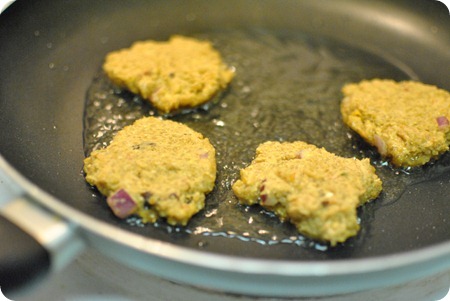 They turned out pretty tasty, and I have a better idea of how I’ll fix it in the future! 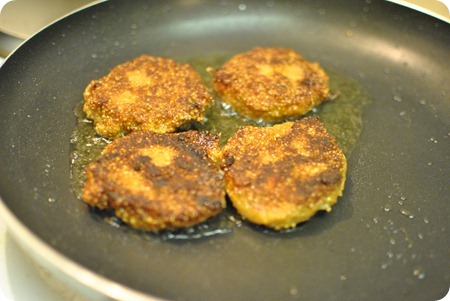 While we cooked, we sipped a super-adult beverage. 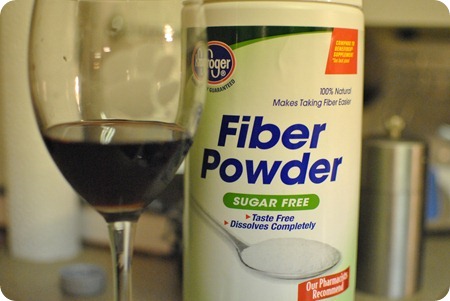 Nothin’ like some red wine with fiber.  Mmmm-mm.  The main course was tilapia stuffed with crab – a quick-grab entrée from the grocery, since we were eating late already.  I also roasted some zucchini and Roma tomatoes in the oven and added a little more cheeeeeeeese on top. 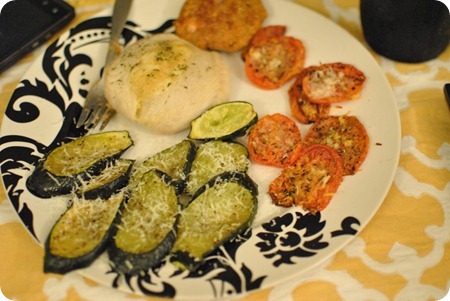 It ended up being a really good combo and was ready relatively quickly!  And it allowed for leftovers for brunch. 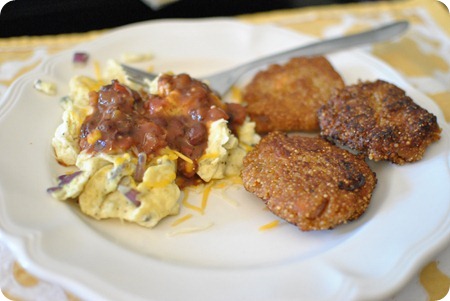 We went for a run this morning, and instead of trying to push myself for 30+ minutes or 3+ miles, we backtracked to Week 6 of C25K.  While I struggled a fair amount, the intervals were much easier on me and allowed me to fight through the trouble instead of just getting discouraged, overwhelmed, and giving up like I have been.  I feel a lot more confident after today’s run, and we “celebrated” with some scrambled eggs with salsa and leftover salmon quinoa cakes.

I’ll actually look forward to the next run now that I’ve come to terms with backtracking and know I’m capable of succeeding at the intervals!